Blake Joyce asserts that he’s stumbled into his current role as assistant director of research computing at the University of Arizona by way of dumb luck - and while there might be some luck in the mix, if you listen to his story, an overarching theme is that Blake was not afraid to try new things, and take some risks. In this episode of RSE Stories, we cover a broad range of ideas from growing crops in the future, to what Blake sees as the next frontier, to how to run an effective research computing team. Hint - you need more than just compute. Here are some things that Blake is excited about:

He mentions computing efficiency, and here’s a list of things he is excited about:

Projects He Invites you to check out!

These projects didn’t make it into the final recording, but we want to share them here anyway. Alec Scott is the research software engineer that Blake mentioned, and he’s working on two projects that might be of interest. They’re early days still, but looking to get deployed this year:

Blake Joyce created an RSE Phenotype, a simple plot to show the dimensions that help to define their work, and the communities they are defined for using the RSE Phenotype Generator 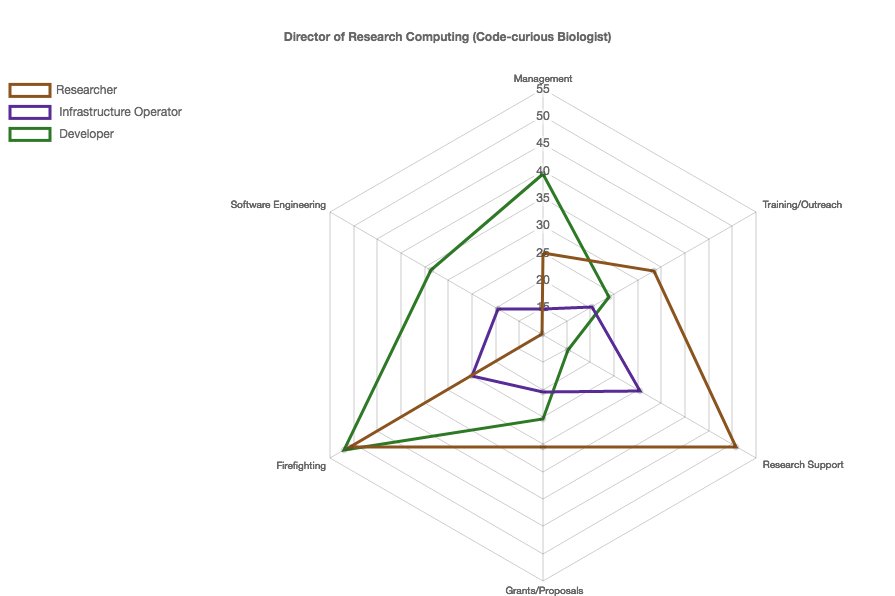